Digital Lagos: The journey from Mega City to Smart City

As Lagos State, with an estimated population of 21 million people journeys from Mega City to Smart City, broadband infrastructure will be required to play a critical role. As a Smart City, Lagos will be able to effectively collect data directly from citizens, smart devices, and various stationary and moving government assets for the purpose of real-time short, medium and long-term data analysis, decision making, modelling and planning. This will result in improved social services, job creation, government services delivery, financial inclusion and internally generated revenue for government.

Digital Lagos is MainOne’s plan to build critical broadband infrastructure across Lagos State that will form the backbone for the delivery of thousands of devices and systems that will enable the Smart City vision.

No broadband, no smart city

The deployment of fiber and broadband infrastructure is paving the way for a digital future in major African cities. In Johannesburg, South Africa, the local government places great emphasis on infrastructure deployment to increase connectivity and boost internet penetration in the city. South Africa’s overall fiber reach is estimated at 75% of the population, the highest in Africa, with growing numbers of FTTx providers and approximate 53% of towers connected via fiber. This broadband backbone and ecosystem coupled with smart regulations has been the enabler for tech giants like Amazon and Microsoft to pour in Millions of dollars in FDI to South Africa ahead of other African countries. 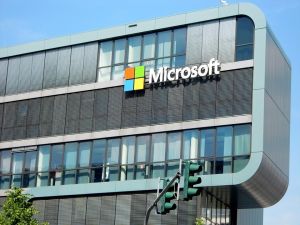 Supporting infrastructure is a critical requirement

It is worth noting that expanding Lagos fiber infrastructure falls in line with the incoming government objectives as the governor-elect, Babajide Sanwo-Olu recently stated that under his government, “Technology will improve education, government efficiency, give entrepreneurs and SMEs the opportunity to thrive, create more jobs and enhance public-private sector partnerships.”

The critical element for achieving smart city status is the availability of reliable high speed internet access, which can be achieved through the proliferation of fiber infrastructure across Lagos.

MainOne’s Digital Lagos Plan will deploy world-class, open-access fiber optic networks through all LGAs and business districts in the State, including fast-growing population centers such as Amuwo Odofin, Ikorodu and Epe.

The resulting network would provide connectivity to critical Lagos state institutions and can easily be extended to other locations:

Why MainOne is the Number 1 choice!

Through the proposed investment, MainOne will enable the digitization of Lagos State, accelerate job creation and economic growth, and support the future of Lagos as a 21st century Mega-City. The indigenously owned company has an unparalleled track record of excellence.